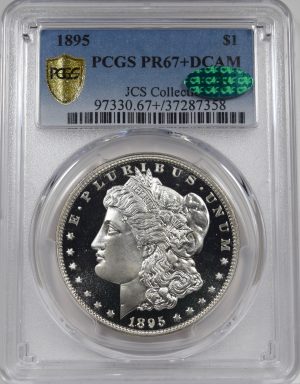 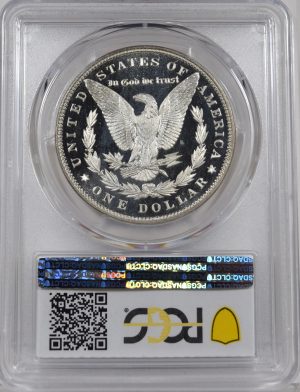 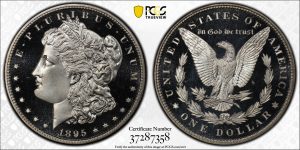 This 1895 PCGS PR67+DCAM CAC Morgan Dollar is an absolute Monster Coin.  This is considered to be the King of Morgan Dollars, which I truly believe is.  It has Ultra DEEP, Black and White Cameo contrast and spotless mirrors that are just incredible.  This piece is fully struck and is as clean as you will ever see.  When you hold this coin in hand, you get the jaw dropping chills.  Every time I look at it I am in awe and It is one of the most magnificent coins I have ever seen.  This 1895 Proof Deep Cameo is a population of 1 with 1 finer.  This is the only CAC Approved 1895 Proof DCAM graded in MS67 and is a specimen coin.  If you are in the market to own one amazing coin, this is it.

The King of Morgan Dollars.  The 1895 is one of the most desirable and sought-after dates in the series. Although Mint records indicate a mintage of 12,000 circulation strikes, experts believe that only 880 Proofs were made in 1895. The existence of several circulated examples confuses the issue, but those are believed to have been Proofs that were spent inadvertently. Ownership of this popular rarity is the true measure of completeness for a collection of Morgan Dollars – the 1895 Proof is the only real “stopper” in the series. 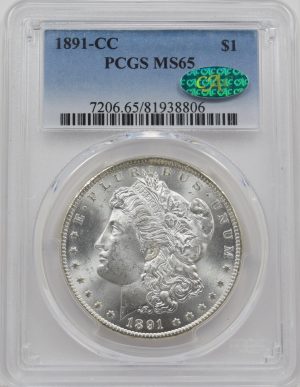 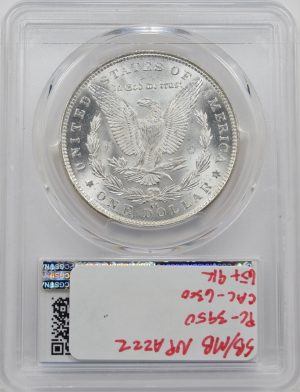 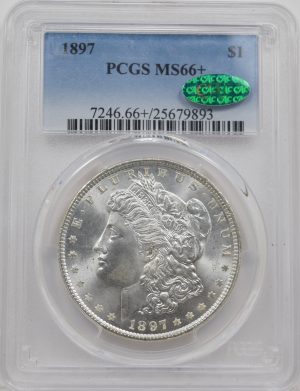 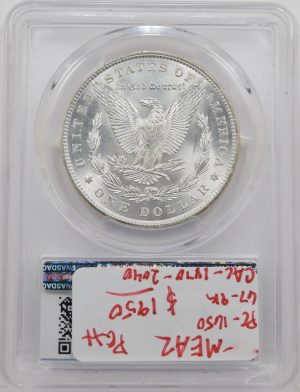 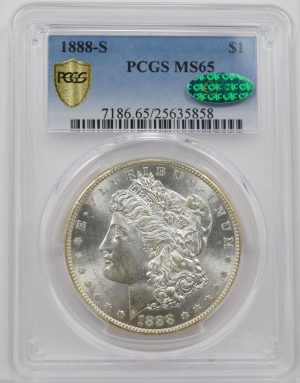 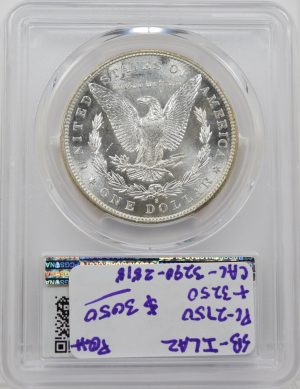 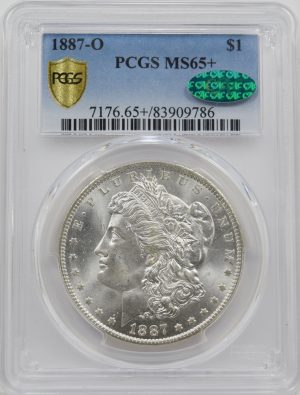 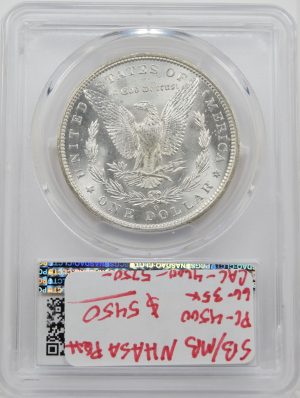 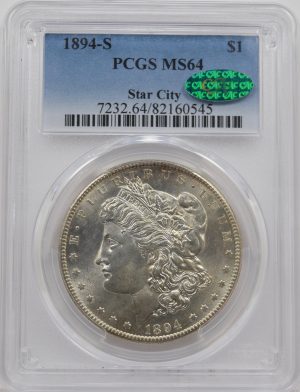 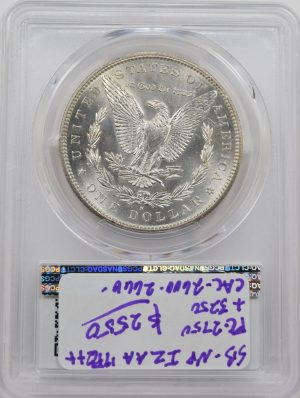 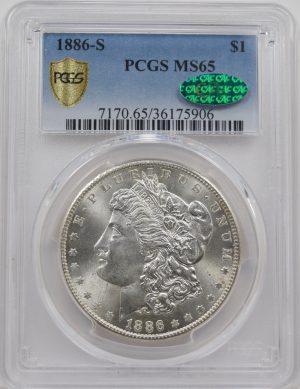 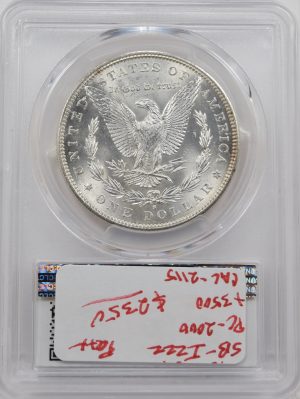 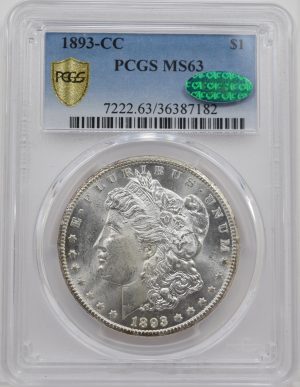 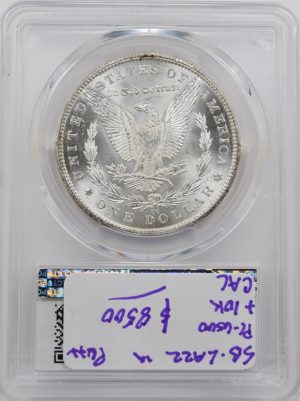 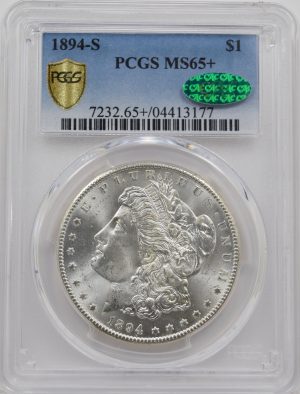 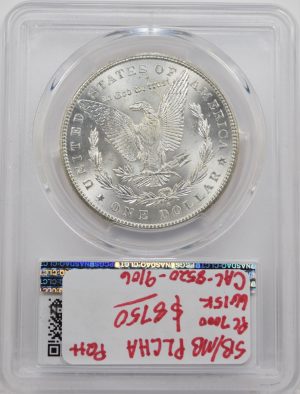